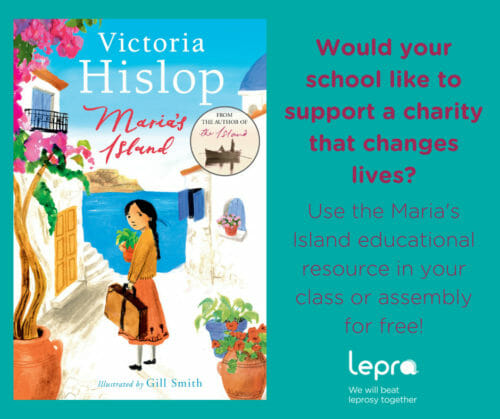 Lepra (@lepra) are really excited to be working with Victoria Hislop, Gill Smith and Walker Books on a free educational resource based on the children’s book, Maria’s Island.

Maria’s Island is a compelling story for #KS2 and #KS3 students which follows a family impacted by leprosy, a disease which is often misunderstood. The book examines the challenges they face and how they overcome them.

If your school is looking for a charity to support, then the educational resources, created by Walker Books, can be used for free in class or assembly, alongside a video presentation about how your school can fundraise for Lepra. 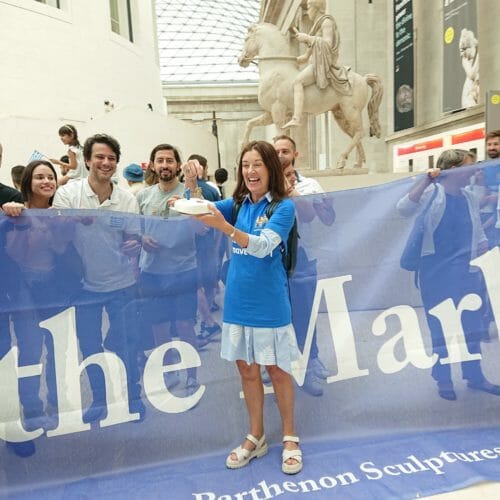 Victoria hislop joined protestors, including six members of parliament, at the British Museum in London on Sunday to call for the reunification of the Parthenon Marbles with Greece as international support grows for a resolution to the decades-long cultural row.

The protest was organized by the advocacy group British Committee for the Reunification of the Parthenon Marbles (BCRPM) and marked the 13th anniversary of the inauguration of the Acropolis Museum in Athens.

Activists unfurled Greek flags and a banner reading “Reunify the Marbles!” inside the museum, while English author and honorary Greek citizen Victoria Hislop presented a cake with the numbers “1” and “3.” The 5th-century BCE statues have been held in the British institutions since 1816, after they were removed from the facade of the Acropolis under the direction of Scottish nobleman Lord Elgin. 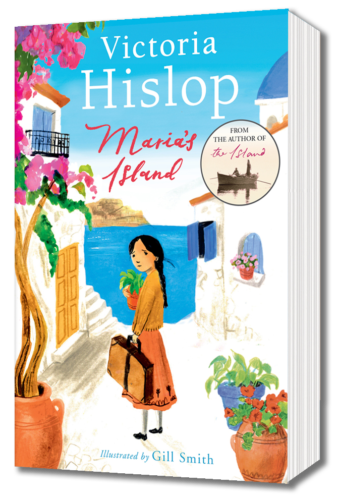 A dramatic and moving story set in the same world as the international bestseller The Island from the celebrated novelist Victoria Hislop.

The absorbing story of the Cretan village of Plaka and the tiny, deserted island of Spinalonga – Greece’s former leprosy colony – is told to us by Maria Petrakis, one of the children in the original version of The Island. She tells us of the ancient and misunderstood disease of leprosy, exploring the themes of stigma, shame and the treatment of those who are different, which are as relevant for children as adults. Gill Smith’s rich, full-colour illustrations will transport the reader to the timeless and beautiful Greek landscape and Mediterranean seascape.

“The idea came out of a conversation with some school teachers in Crete.” said Victoria “They commented that there were so many themes in the story that were as relevant to children as to adults but felt that the original novel was a little too grown-up for many of them. I realised that much of the book is actually about children and their experiences of stigma and loss, so this has been a wonderful experience for me, to look at things through their eyes. Writing for children requires a whole different set of skills and I hope they will enjoy reading it.”

The tale is narrated by Maria, one of the children in Hislop’s novel The Island, from which this engrossing yarn is skillfully adapted for younger readers.
― The Daily Telegraph

Sometimes poignant but never upsetting, this book highlights the strength of love, friendship and resilience over adversity. Complemented wonderfully by Gill Smith’s beautiful illustrations, this is an ideal book for older early readers who are ready explore more complex themes associated such as coping with adversity and having respect for others who may be different from themselves.
– Gazette Herald Books of the Month

I picked this book up as soon as it arrived and couldn’t put it down. My favourite things were the Greek setting and the history in the story, and I loved that the character was called Anna – best name ever! I didn’t know much about this story before I read it and enjoyed finding out about the adventures. I would recommend it to my friends. I liked the illustrations too.
— Anna, Age 11 ― Toppsta

“…a powerful story about love, stigma and hope.”
– Mini Travellers

July 20, 2022
After almost a century of activity, the BSA Knossos Research Centre needs urgent renovation and updating to meet the needs of 21st-century researchers. In close collaboration with the Greek authorities, the BSA has developed an ...
Read More

The absorbing story of the Cretan village of Plaka and the tiny, deserted island of Spinalonga – Greece's former leprosy colony – is told to us by Maria Petrakis, one of the children in the ...
Read More

The official fan page of bestselling author Victoria Hislop, brought to you by her UK publishers, He

Just loved The Island. It’s the first book I’ve read twice - and I’ve read a LOT of books. Once at home in Birmingham and then again on holiday in Elounda looking across to Spinalonga. I’m on holiday now in Elounda. Beautiful area of Crete.

One of the few books I have read multiple times is Rebecca by Daphne du Maurier but I can definitely feel The Island calling me back! 🧐😊

My favourite book ever. 💕

Victoria says, “A guidebook to Greece is simply that – a guide. Not an instruction manual. I can’t point to a favourite place on the map and say 'go there'. The variety in the islands is huge, though they all have certain things in common: poetic names, clear sea, pretty harbours and friendly people. None of these ever disappoint.” ... See MoreSee Less

Beautiful picture that I think is of Kefalonia. Will you be setting a novel there? I go there every summer where I read your novels while on holiday, it's the island of my ancestors. I would love to talk to you one day about how you research your stories, one day I want to find out what happened to my Kefalonian grandfather, your novel "Those who are loved" has given me some ideas.

All the islands have their own charm. Just love Greece.

Cannot agree more, love all of Greece, particularly Crete, where we have spent the last month

PlakaKats. If I keep posting our name, maybe she will remember us.

I want to find a truly authentic Greek island to visit, any ideas?

As Victoria says: “I’m not a writer who can write to order, I write because I have an idea. Something gets to me and the story evolves from there.” ... See MoreSee Less

Me too almost finished The Thread, really dont want it to end her books are so good, I feel like I'm there.

Well I love your writing xx

Hoping there's another in the pipeline:)

Victoria says: "When I open my windows in Athen the sounds are very different from London sounds – not just the language of course, but the volume and the quantity of sound. Greece is much noisier than the UK – here in Greece people are more vocal and unafraid to use their car horns!" ... See MoreSee Less

It is simply not true. London is horrible. The noise is unbearable. Athens is magical and full of happy vibes

Especially when there is a marriage in town 🤩

Victoria Hislop Victoria, what a very polite and diplomatic way of writing about nasty habits and ethos. Kazantzakis (I think) would write: The Athenians are very rude and noisy. They respect nobody, and were screaming 😱 against me in case I was awarded the Literature Nobel prize. They even tried to hand down an anathema on me, but failed. Some priests and fascists, hated my books. Almost the same way some stupid and fanatics Cypriots hated and condemned the lovely book "The Sunrise", by Victoria Hislop. Some even wanted to burn it, without reading the 📖 book.

Ha Ha we are loud

🎬 Go behind the scenes and meet the incredible cast of the Greek adaptation of Μια Νύχτα του Αυγούστου / ONE AUGUST NIGHT for EPT at tinyurl.com/ycx5tae2. ... See MoreSee Less

Your book is fabulous but the tv adaptation is awful, i struggled not to turn it off, thinking that within the hour it will make sense, but it's really all over the place. The tv adaptation of Cartes Postales was superb though.

Is there any possibility to write to you in private? Your book Cartes postales from Greece is SUPER but I can't find it in italian: could you please be so kind to help me?

When is it broadcast on EPT, and which one of their channels?

When can we see this ?

Book your tickets to see Victoria this weekend (at 5pm on Sunday 18 Sept) on stage at the @QPbookfest celebrating literature in the park! Day and weekend passes are available with access to 50+ outstanding authors in the heart of London's NW6. Book your tickets now! ... See MoreSee Less

“ILaBoom” makes beautiful miniature light boxes to order. I was given one as a gift (see it here) and it’s one of the most delightful things I own. www.psyboom.etsy.com … Read More 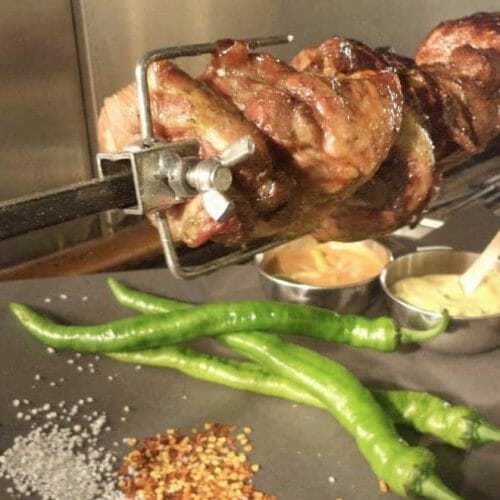 If you want to get hold of any Greek books, contact Monica at the Hellenic Bookservice www.hellenicbookservice.com Tel: 0207 267 9499 … Read More
Load More

We use cookies on our website to give you the most relevant experience by remembering your preferences and repeat visits. By clicking “Accept All”, you consent to the use of ALL the cookies. However, you may visit "Cookie Settings" to provide a controlled consent.
Cookie SettingsAccept All
Manage consent

This website uses cookies to improve your experience while you navigate through the website. Out of these, the cookies that are categorized as necessary are stored on your browser as they are essential for the working of basic functionalities of the website. We also use third-party cookies that help us analyze and understand how you use this website. These cookies will be stored in your browser only with your consent. You also have the option to opt-out of these cookies. But opting out of some of these cookies may affect your browsing experience.
Strictly necessary Always Enabled
Strictly necessary cookies are absolutely essential for the website to function properly. These cookies ensure basic functionalities and security features of the website, anonymously.
Analytics
Analytics cookies are used to understand how visitors interact with the website. These cookies help provide information on metrics the number of visitors, bounce rate, traffic source, etc.
Marketing and advertising
Marketing and advertising cookies are used to provide visitors with relevant ads and marketing campaigns. These cookies track visitors across websites and collect information to provide customized ads.
SAVE & ACCEPT
Powered by